On Good Friday, GoreyCC members Kevin, Gerry and Jason cycled from the GPO in Dublin to the Civic Centre in Gorey to commemorate the epic cycle undertaken by Paul Galligan from Dublin to Enniscorthy in 1916 to say that the rising was to go ahead.

The lads had an early start from Gorey and arrived outside the GPO about 8.30am. After meeting up with fellow cyclist Donal Evoy and a quick photo, it was onto the road for the approx. 94km ride home. It was a very enjoyable cycle in what turned out to be very good conditions for the time of year, despite a light headwind most of the way. They were welcomed at the Civic Centre in Gorey by family, fellow club members, town councillors and photographers about 1pm.

Thanks to Joe Dixon Photos and Derek Webb for some of the shots. 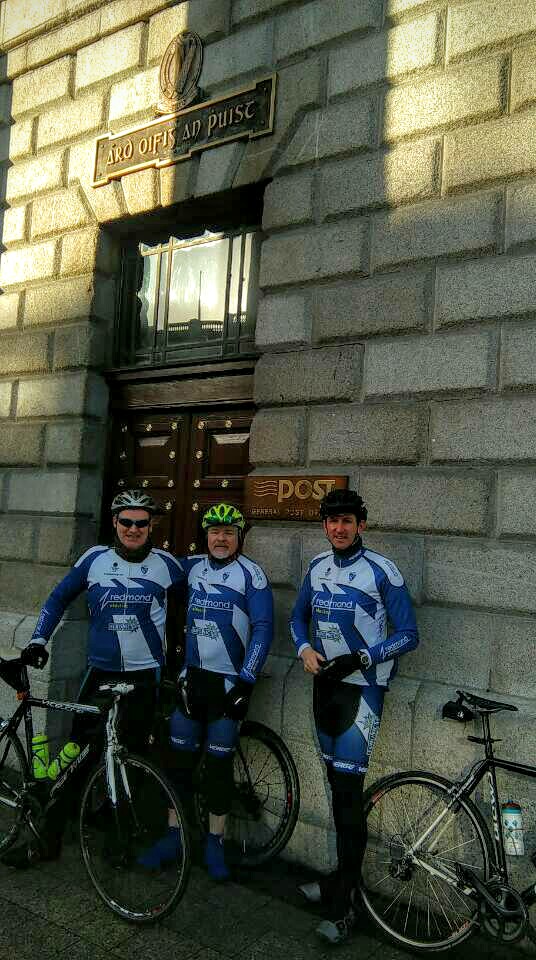 The 1916 Commemoration cyclists outside the GPO in Dublin 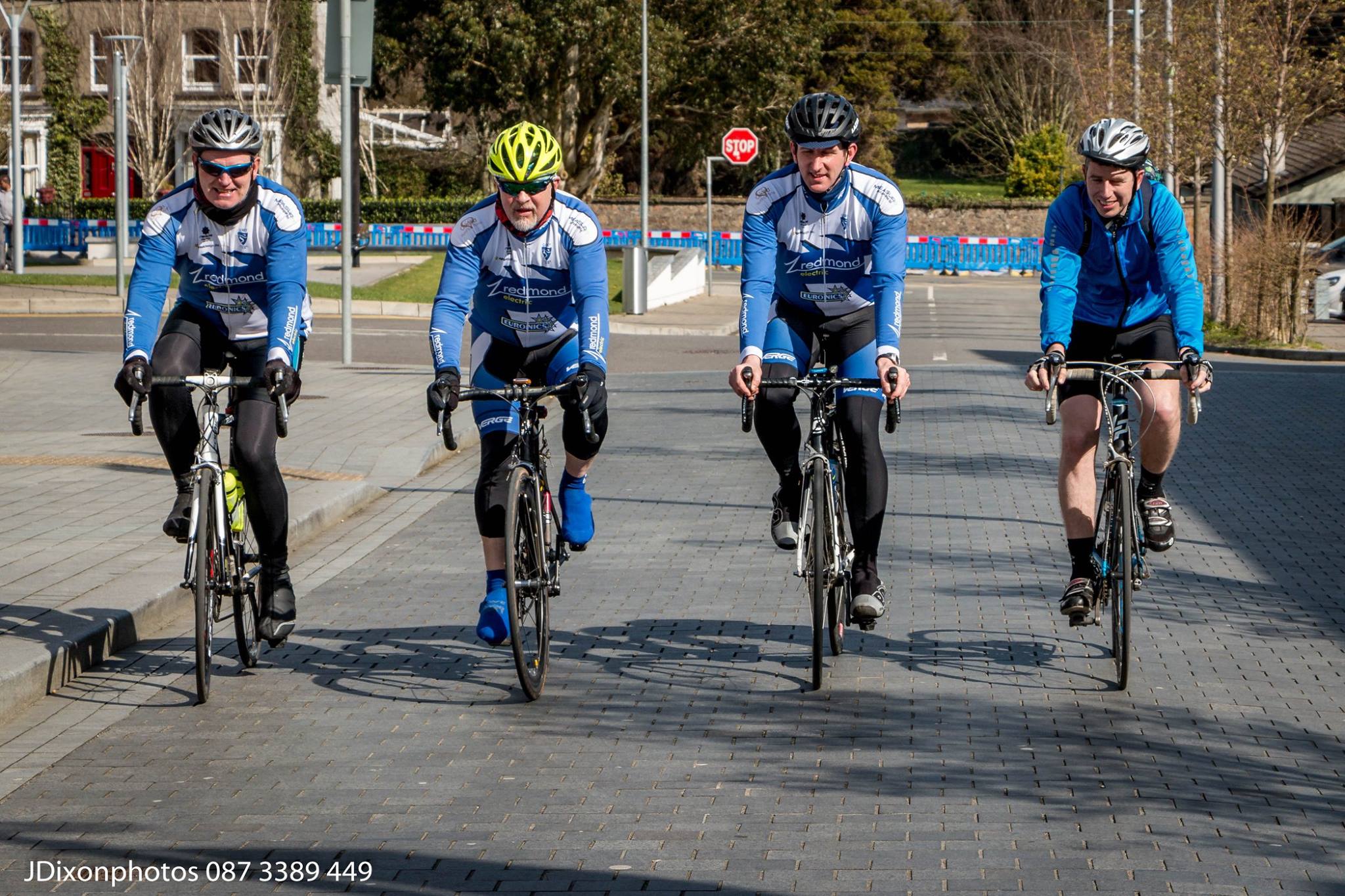 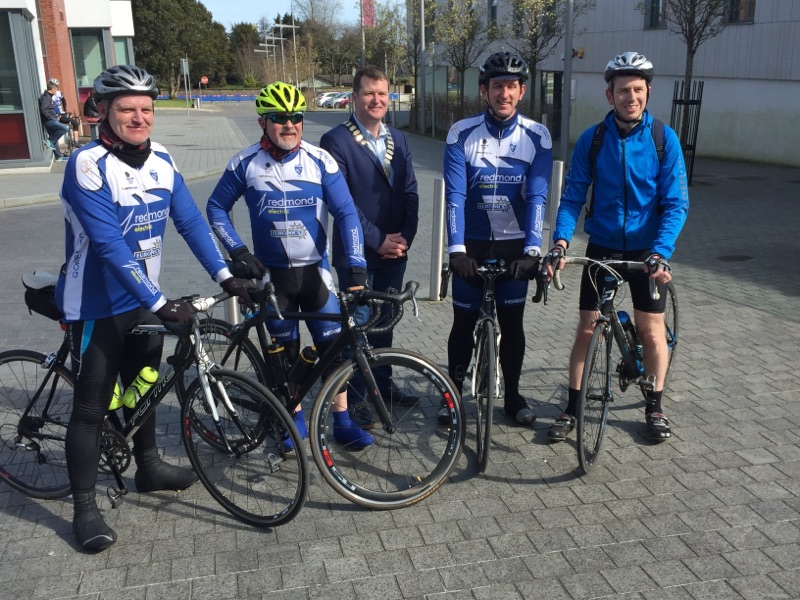 Among the greeters was town councillor Malcolm Byrne