Being part of Gorey Cycling Club

I woke up last Saturday at stupid o’ clock like a child ready to go on a school tour. What was I excited about? It would be my first trip away with Gorey Cycling Club and the destination was Belfast for the 2nd Gran Fondo Giro d’Italia Northern Ireland. The Gran Fondo was epic, a special cycling experience with fully policed closed roads and as we cycled through the countryside we were met by the locals cheering and waving us on our way. There were 2 routes; the 173km Mourne Route for the more advanced athletes in our club and the less challenging but more enjoyable 58km Strangford Route for those of medium ability such as myself or as we call it The ‘Touring’ Group.

The weekend wasn’t all about cycling; it was a celebration of the training and effort put in over the last few months. Being a member of Gorey Cycling Club isn’t just about training or getting fitter. The benefits are far greater, you get to hang out with an amazing crew and make lifelong friends.

You don’t have to be great to start cycling but you have to start to be great. I cycled my bike for the 1st time on March 18th last year. I got a mile down the road and had to phone the bike shop to find out how to change the gears! Just 15 months on I have completed every challenge I set myself. The first was the Sean Kelly 100 km in Dungarvan last August. At the start of the summer I was cycling 30km and with 12 weeks training I completed the 100km. This year I’ve already participated in 4 sportives and I’ve proudly worn my orange jersey in the Wexford leg of the Cycle against Suicide, it was the reason I began cycling. I never thought I could cycle up to 80km but you can do anything you set your mind to.

On Sunday I travel to Greystones to take part in the Wicklow 100, another opportunity to challenge myself and with every finish line I cross; my confidence in my own ability grows.

Gorey Cycling Club are not looking for super athletes, we are recruiting Ladies to join our touring group and train a few times a week with a goal of participating in the Sean Kelly tour of Dungarvan in August. There are 3 options, the 50km, 100km and 160km. Why not come out on our training sessions and meet the gang, you won’t regret it. The weekly training nights are Wed and Fri meeting in the carpark across from Revolve at 6.30pm. The official Sunday spin meets at the same place at 9.30am. 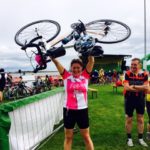 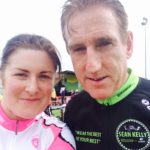 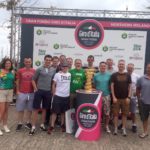 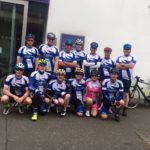 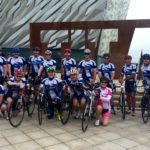 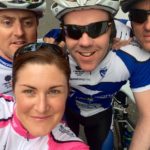 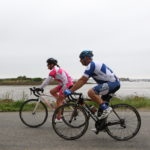 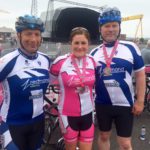 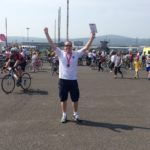