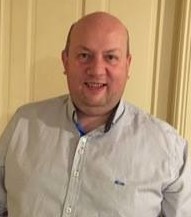 GoreyCC’s very own Derek Webb is currently finalising his preparations with the Co. Waterford team who will be riding in this year’s An Post Rás.

The race gets under way in Dunboyne on the Sunday, 17th May with stage finishes in Carlow, Tipperary, Beama, Newport, Ballina, Ballinamore, Drogheda and Skerries.

This is Derek’s 5th time being involved in the Rás. In 2010 he was the driving force behind the first county Wexford team to participate in over 50 years, and also hosted a stage finish in Gorey the same year. Since then he has managed Waterford, Barrow Wheelers and also worked with the Moroccan International team.

“I am thrilled to be back again at the Ras, I really love it, for me its my Tour De France” laughs Derek. “The route is interesting this year. There’s not as many hills as other years, however, a lot of the route we spend on coastal roads, which are undulating by nature and will sap the strength out of the riders, but the real thing we have to watch out for will be wind direction, so we will be watching this very closely, as being positioned wrong in the bunch at the wrong time will make things very difficult for our riders.”

“We have in the team some A1 riders so we will be pushing for something in the county prizes this year, maybe even a jersey” Derek adds. However Derek is well aware of the caliber of riders they are up against. “For sure the professional teams will bring their best riders, as the Rás is known worldwide in cycling circles. I mean, 5 years ago a German rider called John Dekenholb won the stage here into Gorey. Since then he has won 5 stages in the Tour of Spain and last month he won the Milan San Remo and arguably the hardest of them all, the Paris-Roubaix”.

The An Post Rás will see over 190 riders from some of the top professional teams from all over Europe and America take part in the race, now in its 65th edition. They will cover 1180 km in 8 days over 21 categorised climbs.

We wish Derek and the team the very best of luck. You will be able to catch highlights of the race on TV3 next Sunday. For more details on this year’s race visit: An Post Rás 2015