by GoreyCC on 8th April 2015 in Information, News, Photos • 0 Comments
Our 3 man team rode a very good race and both Joe Christian and Murt Doyle went into Monday’s final stage in very strong positions. Joe was lying in 12th overall after 3 stages, while Murt was only 3 seconds behind in 15th, so they were very confident in improving on that over the final leg from Gorey back to Blessington. John Whyte lay further back in the field after suffering an injury on Saturday’s Stage 1.
Joe got into a group of 6 riders who were over 20 seconds ahead of the main bunch for a good portion of the stage. They were eventually caught close to Blessington so everyone was gearing up for a bunch sprint finish. However, there was a crash near the front with about 3km to go, which John managed to avoid, but unluckily, Joe and Murt got held up behind it and lost some time on the leaders.
Joe’s final placing was a very respectable 35th with Murt just behind in 38th. John improved on his earlier position and finished the race in 107th place. The club would like to thank all who helped out over the weekend, including those directly assisting the riders in the support vehicles led by Derek Webb, all who marshalled the traffic along the course and the club sponsors for all their encouragement and assistance. Bring on 3Day 2016! 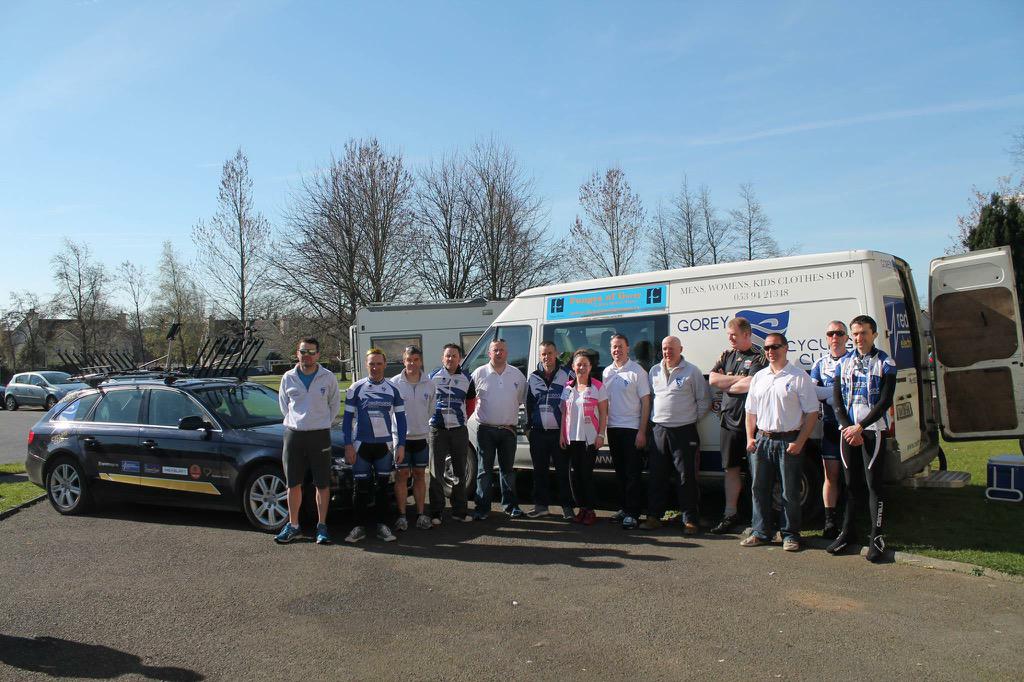