Sunday morning saw the first of two stages taking place that day. First up was the Time Trial from Clogh into Gorey.  We saw great performances from Murt, John and Joe in the with Joe clocking an impressive 8’02” and Murt catching his minute man with a time of 8’06” placing them 11th and 16th respectively for the stage. John clocked 9’16” for 133rd in the TT.

Stage 3 took place Sunday afternoon. It was a 4 lap circuit between Gorey, Craanford and Camolin with a distance of 96km. There were several attacks off the front, but nothing stuck for long and it came down to a bunch sprint in the end with Henri Jung from the french team Vceckwersheim taking the spoils. All the GoreyCC lads finished comfortably in the main field.

Monday’s final Stage 4 sees Joe lying in 12th overall, 2’17” down on the leader and Murt only 3 seconds behind him in 15th overall. John will start Stage 4 in 117th overall. 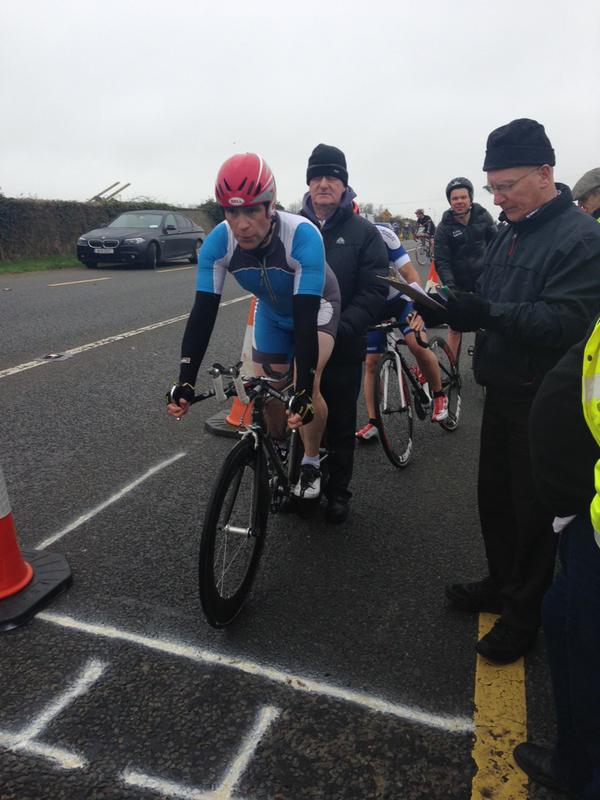 GoreyCC’s Murt Doyle at the start of his TT 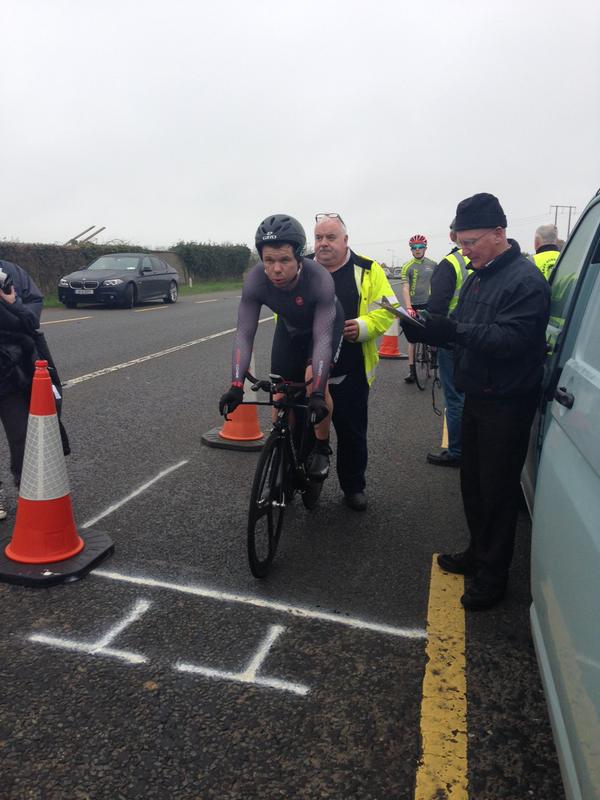 GoreyCC’s Joe Christian at the start of his TT 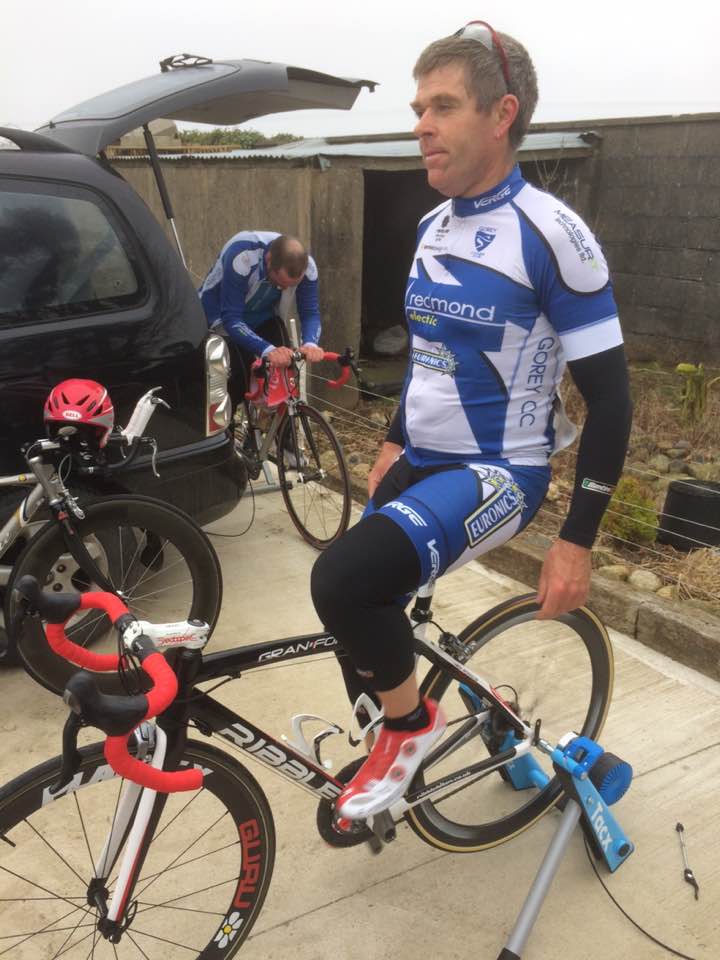 GoreyCC’s John Whyte warming up for his TT